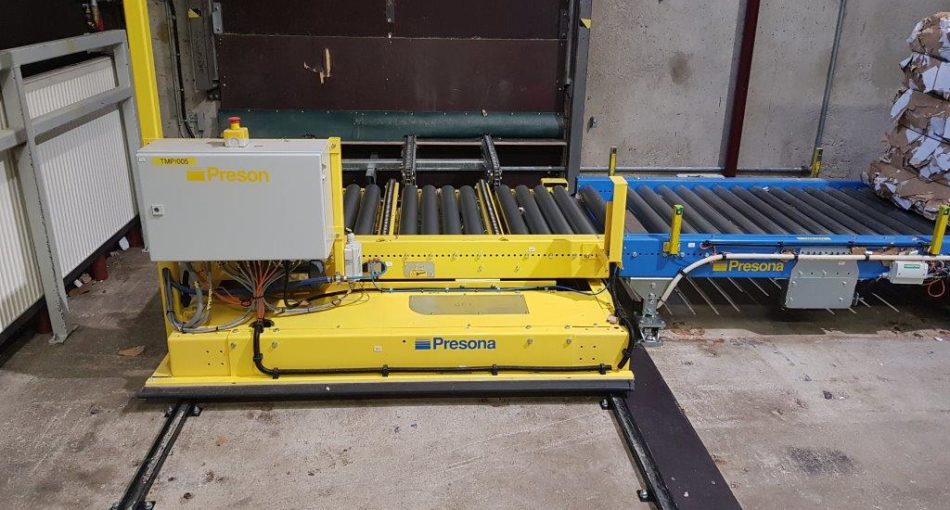 When cardboard box manufacturer DS Smith needed to replace their bale conveyor system in Tampere, Finland, they asked for an innovative solution. Presona rose to the challenge and delivered a system that uses fewer moving parts and it is easier to clean and service.

In 2015 DS Smith realised that they needed to replace their bale conveyor system. The conveyor system was connected to two Presona balers making bales from cardboard waste and had been dutifully been doing its job for over 20 years. But now the system, which featured a vertical lift, was old and sometimes broke down. DS Smith went looking for a new system, preferably something “innovative”.

In 2016 Presona installed a completely new conveyor system. The new system is simpler and therefore more dependable than the old system. Unlike the old conveyor system all parts of the new one is built on the same height from the floor and is optimized to give its operators better access for cleaning and maintenance. At the heart of the system is an automatic cart which runs on rails on the floor picking up bales from the two balers.

– The new conveyor system is easier to use and takes up less space in the room which makes everything more accessible. We are very happy with it.

At the same time as installing the new conveyor system DS Smith decided to replace one of their balers, an old Presona machine from 1975(!), with a second Presona 40 OH2.

– We have had the first 40 OH 2 since 1998 and are very satisfied with it. Now, if something happens with one baler we can easily switch to the other and they both use the same spare parts, which is convenient, says Seppo Soisenniemi. Do you want to know more about our solutions and products? Contact us!